Wooden rod puppets (wayang golek) of Rama and Sita, from the Hindu legend called Ramayana (Sita is in the foreground). The Rama and Sita dolls are made entirely from wood and are wearing velvet sarongs embellished with beads, sequins, and gold applique. The heads and majestic crowns are three-dimensional, carved and hand painted. Both headpieces are painted in bright gold, white, red, yellow and purple. Their faces are white, with detailed facial features.  They have tassels hanging on either side of their crowns. To learn more about this culture, read the story. 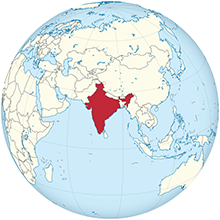 The Story of Rama & Sita from the Hindu Epic, Ramayana

My name is Sita. I lived a long, long ago, in a world of gods and magic. My husband was Rama, the son of king Ayodya. We were married when we were very young. For a short time, we lived happily in the city with his father and step-mother.

Rama was supposed to be the next king, but King Ayodya’s new wife was jealous. She convinced King Ayodya to send Rama away from the city. She forced Rama to live far away, in the country, for 14 years. I loved Rama very much, so I went with him into exile.

One day Rama and I went for a hunt in the forest. I saw a beautiful white deer and asked Rama to catch it for me.

While Rama was chasing the deer, a wicked King, called Rahwana, appeared. Rahwana thought I was very beautiful, so he kidnapped me. I screamed, but I was not strong enough to fight him. Rahwana took me to his kingdom and tried to convince me to marry him.

When Rama found out that Rahwana took me, he got very angry. Rama went to fight against Rahwana, and he was helped by Hanoman, his servant who was a white monkey.

Rama and Hanoman defeated Rahwana, and they brought me back to the kingdom of Ayodya to live. Everyone was very happy that Rama was back and they named him the King.

I thought our lives would be happy now, but I was wrong. Rama was still jealous of Rahwana. He believed stories that I had been unfaithful when Rahwana held me captive. It was not true! I loved Rama and I was a good wife.

I pleaded with Rama and cried for his mercy, but he refused. There was only one thing I could do to convince Rama that I had been good. I knew that if I was really pure, fire could not hurt me. So, I set myself on fire when Rama was watching. The flames were hot and the fire roared, but I walked out without any burns. Finally Rama and all of the people in the kingdom believed me! Our story has become a legend, an Indian fairy tale story, called Ramayana. 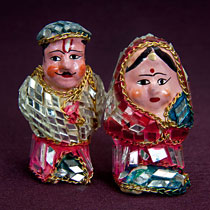 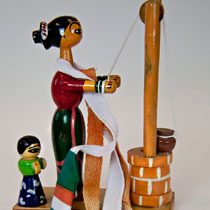